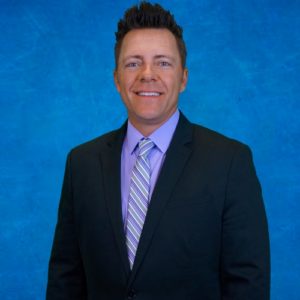 Dr. Chris Gauquie has been a north Carolina resident for 39 years.  He received his undergraduate degrees from North Carolina State University and his Doctorate of Dental Surgery from the Medical College of Viginia where he graduated with honors.  He was involved in student government and was an active member of the Psi Omega Dental fraternity.

Dr. Gauquie has been practicing dentistry since 1999 and has earned a Fellowship in the International Congress of Oral Implantology. Since then, he has pursued the best continuing education possible to enhance his skills and provide the most advanced care of his patients.

Dr. Gauquie enjoys an active lifestyle outside of the office.  His hobbies include lots of outdoor activities such as golfing, hunting, and spending time at the beach with his family.  He also enjoys traveling to exciting destinations with his wife, Heather.  Dr. Gauquie and Heather have three beautiful children. The oldest is their daughter Drea 15, their son Britt 14, and their youngest son Kellan 10.