The Connection between Alzheimer’s Disease and Oral health 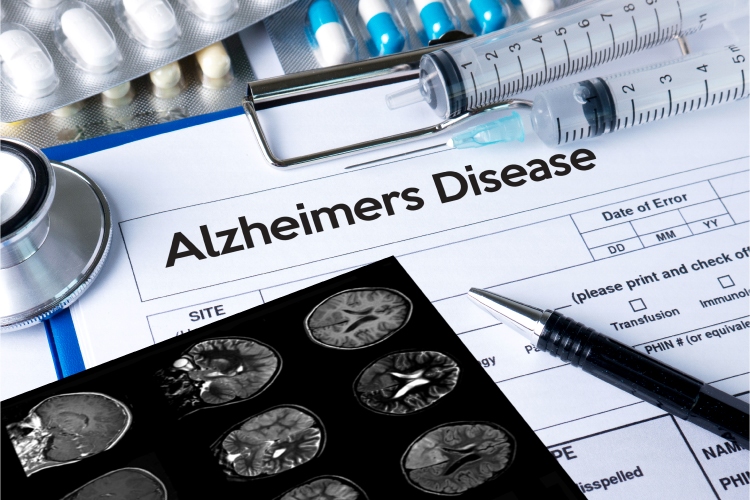 For most people, regular tooth brushing and flossing are important for maintaining optimal oral hygiene and a set of pearly white teeth. But what if your oral health maintenance is much more important for you than just your smile? Many people already know that our oral health status directly affects our physical health and wellbeing. New research indicates that how you care for your teeth may affect your chances of getting Alzheimer’s in the future.

So, what is Alzheimer’s disease and how it is linked with your oral health? Continue reading to find out more:

Alzheimer’s disease refers to a progressive degeneration of the brain tissues and cells. This gradually destroys memory skills and affects daily life functions such as eating, walking or talking. Ultimately, the damage to the brain becomes so severe that it becomes extremely difficult performing even the simplest of  tasks. The National Institute on Aging HYPERLINK “https://www.nia.nih.gov/health/what-alzheimers-disease” (NIA) regards Alzheimer’s as the most common cause of dementia among older adults. This disease usually affects older people in their mid-60s. However, in rare cases, it may also affect middle-aged people.

So, What’s the Link Between Alzheimer’s and Periodontal Disease?

Evidence from recent research shows that the presence of active gum disease can serve as a risk factor for Alzheimer’s. A research study has shown that the risk of getting Alzheimer’s can be doubled if untreated gum inflammation tends to persist beyond ten years. Similarly, a new study published the Science Advances in January 2019, it has recently confirmed that the bacterium Porphyromonas gingivalis which is present inside inflamed gums, is also found inside in the brain tissues of patients suffering from Alzheimer’s disease.

Now the next question is, how do the bacteria travel from the gums to the brain tissue? This question was first answered by a research3 conducted at the University of Lancashire, which was aimed at exploring the presence of oral pathogenic bacteria, and their components in the brain tissues which are involved in causing periodontal disease. The results showed that lipoproteins of P.gingivalis were able to penetrate into the brains of mice. Lipoproteins are present inside the membranes of bacteria which serve various purposes. The presence of lipoproteins of P. gingivalis would indicate that these bacteria were able to penetrate the brain tissue and to initiate characteristic features of Alzheimer’s disease.

The Other Side of the Picture

While the existing research provides irrefutable evidence of the presence of gingival inflammatory bacteria in the brain tissues, these results must be interpreted cautiously. This is because the Herpes type I virus has also been seen in brain tissue samples of individuals who are suffering from Alzheimer’s. In addition, individuals suffering from Down’s syndrome and various cardiovascular conditions are also at a higher risk of developing Alzheimer’s. This means that oral bacteria cannot be solely considered as a risk factor for this degenerative disease. However, we can safely say here that underlying gum and periodontal disease can considerably increase the chances of development of Alzheimer’s.

But how to prevent this problem? It’s simple; minimize the chances of development of gum disease. You can do this by maintaining optimal oral hygiene through regular brushing flossing. In addition, you